To keep girls in school, Ethiopians open up about menstruation | Daily Mail Online +4
In Ethiopia, so-called girls' clubs in schools are helping break the taboo of talking about menstruation
There's one room at the Sheno primary school in rural Ethiopia that's different from all the others, starting with the sign over the door reading: "Menstruation is a gift from God."
Inside this converted classroom, boys and girls gather in what some pupils call the "girls' club" to break one of the country's most enduring taboos: talking about periods.
In Ethiopia, adolescent girls are generally left to muddle through puberty on their own without guidance or the means to buy sanitary pads.
Only 54 percent of Ethiopian girls finish primary school, according to the United Nations children's fund, UNICEF, and many abandon it because of cramps or embarrassing mishaps during their periods.
With child marriage prevalent in rural areas, local beliefs link menstruation to sexual activity, and so an accidental blood stain could see girls relentlessly teased by their classmates.
When 14-year-old Yordanos Tesfaye first got her period, she was "shocked and frightened".
"I went home and told my father but he couldn't afford to buy me a pad. Then I told my friend and she suggested I use a rag. However, I didn't know how to use it and dropped it on the street and I was very embarrassed," she told AFP.
Like many teenage girls, she was tempted to drop out of school, but support from the girls' club convinced her to stay. 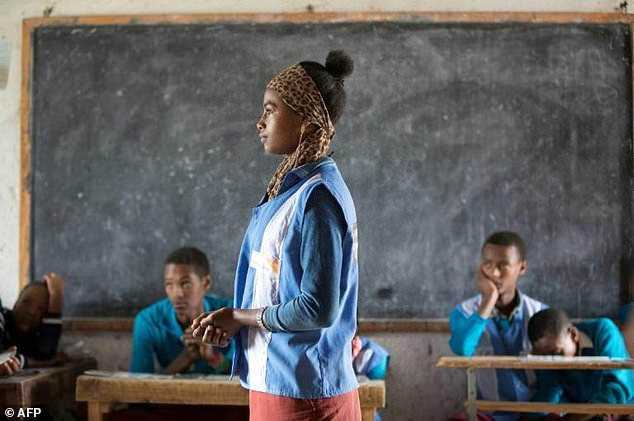 +4
Only 54 percent of Ethiopian girls finish primary school, according to UNICEF, and many abandon it because of cramps or embarrassing mishaps during their periods
The clubs -- officially called "menstrual hygiene management" clubs and open to pupils aged 11 and older -- began as a collaboration between local health officials and UNICEF, based on the idea that adolescent girls won't stay in school if they can't effectively manage their transition to womanhood.
"That (time) of the girls' lives is absolutely critical to manage well in order to improve the sort of academic performance and reduce the dropouts in school," said Samuel Godfrey, UNICEF's sanitation chief in Ethiopia.
The programme has been implemented in 65 schools and UNICEF is planning to expand it further.
- 'Not a disease' -
Children attend primary school in Ethiopia from the age of seven to 14 but many stay longer if they were late to enroll or have repeated a class.
At Sheno school, which has more than 760 pupils and lies some 80 kilometres (50 miles) from the capital Addis Ababa, sanitary pads are given out for free and boys and girls work together to demystify the female menstrual cycle.
Since the girls' club opened three years ago, Sheno's rate of dropouts due to period woes has been reduced to zero. The year before it opened, 20 girls left, according to the school.
Clad in a white coat, biology teacher Tafesech Balemi guides girls through the changes their bodies are experiencing, while also educating the boys.
She hands out reusable sanitary pads to girls who can't afford to buy them and also offers a shower and a mattress where they can lie down if they don't feel well. +4
Biology teacher Tafesech Balemi guides girls through their body changes and educates boys to demystify the female menstrual cycle
"We teach students in this club that menstruation is a gift from God. We teach them that it is not a disease but rather it is natural and biological," she explains.
Tafesech also tracks girls who don't come to school and will meet with their families if she believes their absenteeism has something to do with menstruation.
At another school in the same region, Hiwot Werka, 14, was mortified when she got her period while in class, staining her uniform.
"I used to hide... the whole day until nobody was around."
Adding to her shame, her mother accused her of being sexually active and forbade her from leaving the house, beating her when she tried to go to school.
Local health officials went to speak to her family, to explain to them that what Hiwot was going through was normal and not linked to sex.
"After a time, my mother came to realise that menstruation is normal," said Hiwot, who was allowed to return to school.
- Key role for boys -
Despite the name of the clubs, boys are an integral part of it because they help fight some of the most vicious side-effects of the menstruation taboo. 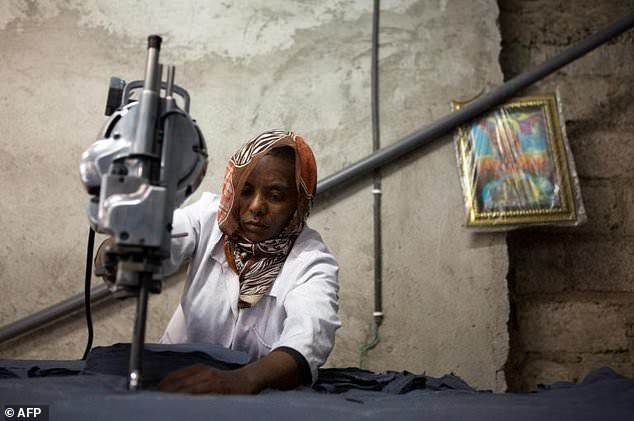 +4
An Ethiopin initiative hands out reusable sanitary pads, like those being made here, for free
Yonas Nigussie, 14, remembers teasing girls who had a mishap during that time of the month, yelling out: "You know you have blood on your behind!"
He credits the club with changing his attitude completely, and now tells friends who taunt girls to knock it off.
"I remember when my sister got her first period. I was the one who brought her pads," Yonas said.
Ethiopia is among several countries in Africa that have implemented ways to accommodate women during their periods.
In 2015, Zambia enacted a law allowing women to be absent from work without notice to help them deal with menstrual pain.
And earlier this year, Kenya mandated that all schools provide sanitary pads to girls, free of charge.
Posted by Guihon at 1:42 AM