Defending the commissioner, who said it was natural for cops to be more suspicious of Israelis of Ethiopian descent, Minister Gilad Erdan says police are working to mend past mistakes.

Cops detain an Israeli of Ethiopian descent during a demonstration against police brutality, July 4, 2016.Ofer Vaknin

Israel Police chief: It's natural for officers to be more suspicious of Ethiopians

Public Security Minister Gilad Erdan came to the defense of Commissioner Roni Alsheich, who earlier on Tuesday said it was natural for cops to be more suspicious of members of the Israeli-Ethiopian community.

"The police chief didn't justify the overpolicing phenomenon against Israelis of Ethiopian descent," Erdan said later on Tuesday. "He did exactly the opposite."

Speaking at an Israel Bar Association conference, Alsheich said research shows that immigrants and young people are disproportionately involved in crime. “When these two things come together," Alsheich said, "it turns out that a particular community is statistically involved in crime more than others. When a policeman encounters a suspect, [the policeman’s] mind suspects him more than it would if he were someone else.”

He acknowledged, however, that the police were late in dealing with the issue of violence involving police and Ethiopian Israelis.

Erdan said that Alsheich's remarks were an admission of the problem, and an attempt to explain the mindset of cops involved in overpolicing incidents.

Posted by Guihon at 3:16 AM No comments:

Ethiopia’s regime has killed hundreds. Why is the West still giving it aid? - The Washington Post Protesters demonstrate over what they say is unfair distribution of wealth in Ethi­o­pia at Meskel Square in Addis Ababa on Aug. 6. (Tiksa Negeri/Reuters)
By Editorial Board August 9

OVER THE weekend, Ethiopia reminded the world of how it treats those who dare demonstrate against the government. At least 90 protesters were shot and killed by Ethiopian security forces in the regions of Oromia and Amhara. As demonstrations unusually reached into the capital of Addis Ababa, the regime censored social media posts and blocked Internet access.
This fresh outburst of repression follows months of unrest in the Oromia region over government plans to expand the Addis Ababa capital territory into the lands of the Oromo, the country’s largest ethnic group.According to Human Rights Watch, Ethiopian security officers have killed more than 400 people in clashes over the Oromia land dispute since protests broke out in November. Tens of thousands more have been detained. The clashes represent the worst ethnic violence that Ethiopia has seen in years. That the unrest is spreading to regions beyond Oromia underscores the depth of anger against the ruling Ethiopian People’s Revolutionary Democratic Front party.
The weekend’s bloodshed should prompt the West to reconsider its aid to the regime. Ethiopia has been hailed as a model of economic development and touts its progress on global anti-poverty indicators as proof that its “developmental democratic” style is working. But the repeated use of force to silence dissent threatens development by sowing seeds of future unrest.
The United States has long relied on Ethiopia as a partner in the fight against al-Shabab’s terrorism in Somalia and sends the country tens of millions of dollars in development assistance, tiptoeing around Ethiopia’s human rights abuses and resistance to democratic reforms. On Monday, the U.S. Embassy in Addis Ababa remarked that it was “deeply concerned” and expressed its “deep condolences to those who suffered as a result” but stopped short of explicitly urging the Ethiopian government to refrain from using excessive force against its citizens. The Obama administration should encourage a credible investigation into the killings and publicly make clear that Ethiopia’s continued crackdowns are unacceptable.
Europe is on the verge of helping to provide Ethiopia with even more aid. Ethiopia is one of the key countriesto which the European Union is offering “cash for cooperation,” meaning aid and trade incentives in exchange for helping to keep refugees and migrants from reaching Europe. Now Ethiopia is providing a litmus test of the stated E.U. commitment to human rights. If Ethiopia continues its pattern of abusing its citizens and stifling dissent, and if it fails to credibly investigate the recent killings, the European Union should make clear to the regime that it risks being dropped from the migrant agreements.
Ethio­pian Prime Minister Hailemariam Desalegn said in response to criticism of the regime’s human rights record that “building democratic culture will take some time. But we are on the right track. It’s improving.” That’s hard to square with the continued killing and jailing of protesters.
Read more about this topic:
The Post’s View: Ethiopia silences its critics with a deadly crackdown on dissent
The Post’s View: Mr. Obama’s visit to Ethiopia sends the wrong message on democracy
Letters to the Editor: Human rights in Ethiopia
Letter to the Editor: Ethiopia needs even more aid to stave off disaste
r
Posted by Guihon at 11:53 PM No comments: 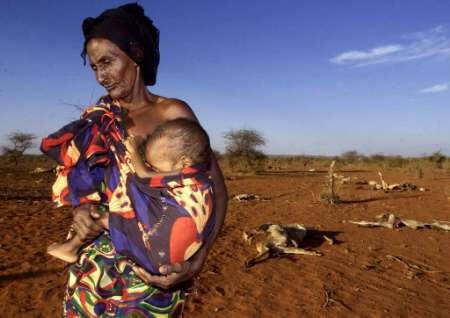 Swiss-based African Rights Monitor has detailed the outcomes from the ongoing operations of the Ethiopian government taken against the Ogaden community. They state that while the UN and numerous other international humanitarian organisations have widely reported on the situation in Ogaden, no action has been taken to bring the documented abuses to an end.
The article below is published by African Rights Monitor:
In 2007, the late Ethiopian Premier Minister, Melez Zenawi stated in a press conference in Addis-Ababa “We have launched a political and military operation to try to contain the activities of the ONLF (Ogaden National Liberation Front) in the region,”, the Ethiopian army commits war crimes and crimes against humanity in Ogaden, Somali region of Ethiopia. Besides the fact that the UN and numbers of international human and humanitarian organizations have widely reported these abuses, no action was taken to put the abuses to an end. The Ethiopian main donors, including the USA, UK and EU have turned a blind eye. The Ethiopian Government sealed off the region and implemented an inhumane plan to subjugate the civilians.
Following the declaration of Melez Zenawi, the most important human and human rights organizations were banned and expelled from the region. The ICRC was one of them. In numerous occasions the Ethiopian Government rejected ICRC’s demands to go back and operate in the region On April 19, this year, a framework agreement between the Federal Democratic Republic of Ethiopia and the International Committee of the Red Cross (ICRC) for ICRC’s activities in Ethiopia was signed. In the framework agreement, the Ethiopian Government has again denied and excluded the ICRC to carry out operations, activities and access to the Ogaden region.
In Ogaden, the Ethiopian army and their allied Liyu Police militia are the uncontested masters and have the last words in all aspects of the life of the population in the region. They also announce arbitrary judgments without process. The notion that every person is innocent unless his culpability proved by a court is unknown. A relatives of a civilian arrested or detained will not know the detainee’s whereabouts. All the Ethiopian military garrisons in Ogaden serve detention places where women are systematically raped. The detainees are often transferred to one of the other detention places far away from the original detention place. From June to July this year, ARM has recorded 23 persons killed, 48 detained and eight women raped.
Photo Courtesy of African Rights Monitor
Posted by Guihon at 12:18 AM No comments: