Ethiopian leader Hailemariam Desalegn: "If you have any connection with terrorists don't think that the Ethiopian government will let you [go] free"
Continue reading the main story

Ethiopia had a moral obligation to arrest the opposition leader who was controversially extradited from Yemen last month, Ethiopian leader Hailemariam Desalegn has told the BBC.
"Andargachew Tsege is a Trojan horse for the Eritrean government to destabilise this country," he said.
He was sentenced to death in 2009 while in exile for plotting a coup.
Foreign governments could express their concern, but the man would be dealt with according to the law, the PM said. 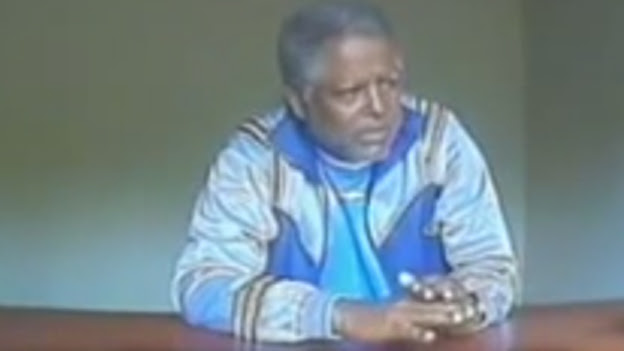 Andargachew Tsege, a UK national, leads the banned Ginbot 7 movement
Andargachew, a UK national, is secretary-general of Ethiopia's banned Ginbot 7 movement.
The group says Andargachew was on his way from the United Arab Emirates to Eritrea when he was detained at Sanaa airport on 24 June.
Ethiopia and Eritrea are long-time rivals and the neighbours fought a bitter border war between 1998 -2000, which left some 100,000 people dead.
'Caught red-handed'


Earlier this week, the British Foreign Office said it had raised its "deep concerns" with both Ethiopia and Yemen over Andargachew's extradition and had requested reassurances that the death penalty, imposed in absentia, would not be carried out. 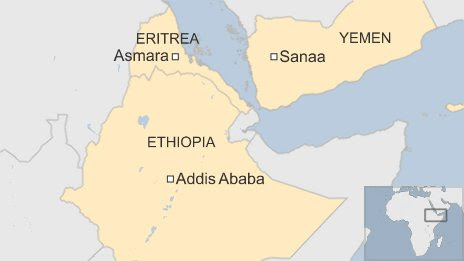 Hailemariam DesalegnEthiopia's prime minister
He said his trial and that of several other Ginbot 7 leaders in 2009 - who were charged with planning to assassinate government officials - was "fair".
"His stooges were there, who were sent to destabilise and bomb this country - they were captured red-handed with their bombs and their detonating elements," he told the BBC's Focus on Africa programme.
Asked if the death penalty would be carried out now that Andargachew was in custody, the prime minister replied: "I cannot say this now."
Mr Hailemariam said Ethiopia was a young democracy and opposition parties were allowed to operate, but terrorism would not be tolerated.
"If you ask me to tolerate in the name of democracy those who are engaging [in] destabilising the country and acting as a terrorist and using guns to change government, then you are wrong," he said.
The prime minister also denied that Ethiopia was heavy handed in applying anti-terror laws.
The country has faced criticism from donors for jailing its critics - and most recently some of the country's leading bloggers.
Mr Hailemariam, who became prime minister in September 2012 following the death of long-time leader Meles Zenawi, said no matter people's professions, those found to be linked to "terrorist groups" would be dealt with.
"If you have any connection with terrorists don't think that the Ethiopian government will let you [go] free," he said.
Ginbot 7 (15 May) was named after the date of the 2005 elections, which were marred by protests over alleged fraud that led to the deaths of about 200 people.
Posted by Guihon at 4:22 AM