MDA's policy is not to take blood from a person who has lived for more than a year in country where HIV is prevalent.


An MDA blood donation stand was removed from the Knesset on Wednesday after volunteers told MK Pnina Tamnu-Shata (Yesh Atid), the legislature’s first female Ethiopian member, that her blood would not be used.

“Today I received further proof that ‘equal rights’ for Ethiopians in Israel is a nice slogan that doesn’t exist in reality,” Tamnu-Shata said. “I contributed through my army service and as an MK, but apparently there is no equality when it comes to being a blood donor.”

Tamnu-Shata said she takes the issue personally, since she led the Ethiopian protest movement against MDA for not accepting their blood donations in 1997, when she was 16 years old. The Yesh Atid lawmaker was born in Ethiopia in 1981 and immigrated to Israel at age three.

“The time has come to put an end to this ugly phenomenon,” she said.

Originally, Tamnu-Shata was told she cannot donate blood because she is Ethiopian, but a manager clarified the policy soon after that she can do so, but her blood will be frozen. 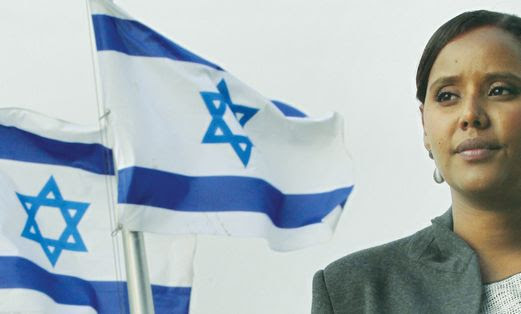 However, “the number of HIV infections likely avoided from excluding Ethiopian-Israeli blood donors [is] at most 1 every 10 years,” Yale Professor of Public Health Edward H. Kaplan wrote in an email to The Jerusalem Post.

In 1998, Kaplan published a study in British medical journal The Lancet finding that 2.0 per 10,000 blood donations by Ethiopian Israelis would be infected.

MDA told Channel 2 they were just following procedures set by the Health Ministry, which they are not authorized to change.

Knesset Speaker Yuli Edelstein spoke to Tamnu-Shata and expressed shock and displeasure at the incident.

“I thought this was behind us, but now it turns out I was wrong. This unacceptable phenomenon that has no place in the Knesset,” Edelstein said, and told the MDA volunteers to leave the premises.

Culture and Sport Minister Limor Livnat said that she hopes that something good will come out of the story and change the “racist and humiliating policy.”

Stay on top of the news - get the Jerusalem Post headlines direct to your inbox!
Posted by Guihon at 2:16 AM