Instead of speeding up aliya of thousands in direconditions in Gondar, “gov't is finding all reasons to slow it down,” says National Union MK. 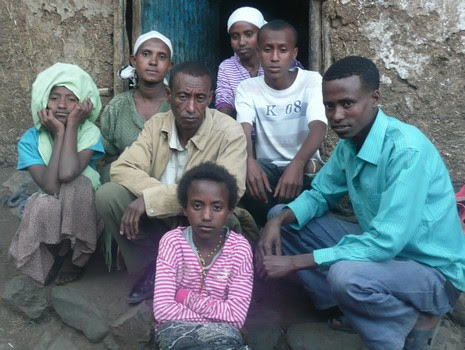 By Ruth Eglash
Knesset members grew increasingly frustrated Tuesday as they tried to understand why the government was continuing to hinder the flow of aliya from Ethiopia, even after it committed just over a year ago to allow thousands of Ethiopians of Jewish heritage to immigrate.

Speaking at an emergency hearing of the Knesset’s Aliya, Absorption and Diaspora Committee, National Union MK Uri Ariel said that instead of speeding up the aliya of thousands of Ethiopian Jews living in dire conditions in Gondar, “the government is finding all different reasons to slow it down.”

Ariel – joined in the meeting by the Knesset’s only Ethiopian-born MK, Shlomo Molla (Kadima), and session chairwoman MK Yulia Shamalov- Berkovich (Kadima) – was referring to a recent government policy to cut back on the number of people arriving each month from 200 to only 110, even though there are ample room and resources in Jewish Agency-run immigrant absorption centers.

The new policy contrasts with a declaration the government made in November 2010 to continue the flow of aliya, allowing roughly 8,000 Falash Mura – Ethiopians of Jewish decent – to come to Israel. To date, 6,000 have been officially approved for aliya, and half of those have already arrived here; the rest continue to live in abject poverty in the Ethiopian city of Gondar until the government here decides they can come.

“I believe that not only should the government continue bringing in 200 people each month, but numbers should even be increased to get them here sooner,” said Ariel, who visited Gondar together with Molla last September and viewed the difficult living conditions of the remaining 3,000 people.

The National Union MK said the government’s policy of slowing the rate down stood in stark contrast to the country’s general approach of helping Jews in other troubled areas immigrate as quickly as possible.

“Anyone who says that it’s not a big deal, that slowing down the number of people arriving here is okay, does not understand the situation these people are facing,” he emphasized, asking, “How can we say to a Jew who is suffering somewhere, just wait a little longer and then you can come?”

While no representatives of the Prime Minister’s Office were present to answer Ariel, Immigrant Absorption Ministry officials pointed out that under the original government declaration, the aliya process could be slowed down and even extended if a vital reason to do so were shown.

Among its findings, the committee pointed out that many new immigrants were struggling to leave absorption centers, where they live for the first few years after arriving here, and consequently the centers had limited space for newer immigrants. The committee also pointed out that pressure was mounting on other services required for a successful absorption process, such as education and welfare.

In Tuesday’s meeting, Molla discounted those arguments, saying that he had researched the topic thoroughly and found that the Jewish Agency, which is responsible for facilitating the aliya and absorption of the new immigrants, could easily accommodate an increase in the number of people arriving each month.

Figures Molla presented – and the Jewish Agency confirmed at Tuesday’s meeting – show that there are 1,200 spare beds available for new immigrants in some 16 absorption centersnationwide.

“It is so frustrating to arrive at a hearing and present information after doing all the research, only to have the [Immigrant Absorption] ministry tell me that I am wrong,” Molla told The Jerusalem Post after the hearing.

Haim Katsav, the ministry’s deputy director for housing, had disputed Molla’s numbers at the meeting, saying that there was less space available.

“The government should be bringing those it promised to bring, and we will continue to fight until this is changed,” stated Molla.

Shamalov-Berkovich, who was temporarily replacing the committee’s standing chairman Danny Danon (Likud), said that she was new to the challenges facing Ethiopian aliya, but that after the hearing, she was now determined to join thefight.

“I am shocked by what I have heard in this committee meeting today,” she told the Post. “I now plan to become very involved in this issue.”

Meanwhile, Amos Arbel, director of the Registration and Civil Status Department in the Interior Ministry, told the hearing that other groups had already started to come forward demanding the right to immigrate.

He said Interior Minister Eli Yishai had recently received a new list of Ethiopian nationals who wanted to immigrate, most because they had relatives already living here. In addition, Arbel said that Interior Ministry representatives in Gondar had discovered a further 400 people eligible to make aliya under the Law of Return.

Sephardic Chief Rabbi Shlomo Amar officially recognized the Falash Mura as part of the Jewish people in 2002, and they were allowed to make aliya under a special clause in the Law of Entry.

The immigrants must also undergo a conversion to Judaism upon arrival in Israel.
Posted by Guihon at 7:37 PM