Despite on-going protests by Ethiopian-Israelis, proposals by MKs Livni, Khenin rejected as hypocritical; Activist: 'Elected officials disconnected from reality.'
Moran Azulay, Omri Ephraim
Two proposals to create a parliamentary commission of inquiry to examine allegations of discrimination, racism and violence against Israel's Ethiopian community were rejected in a Knesset meeting Wednesday, despite a continuing protest movement that erupted nearly two months ago after a video surfaced documenting a violent encounter between a police officer and an Ethiopian soldier in uniform.

The proposals were submitted by former justice minister Tzipi Livni and MK Dov Khenin of the Joint Arab List. The first was defeated in a 48-46 vote, the second in a 48-44 vote. 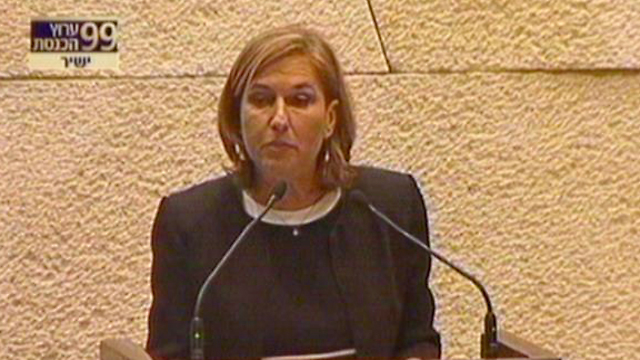 Tzipi Livni speaks in the Knesset.


Yaiyo Avraham, an activist in the Ethiopian community, told Ynet that, "The Knesset's decision proves once again the disconnect between elected officials and reality. The decision means that discrimination and institutional racism against Ethiopians will continue."

Before the votes, Livni addressed the Knesset saying, "Whoever votes no will become a participant in discrimination. It's time the Ethiopian community stopped being invisible citizens. More than trying to find failures and lay blame, it (the proposal) is an attempt to find solutions." 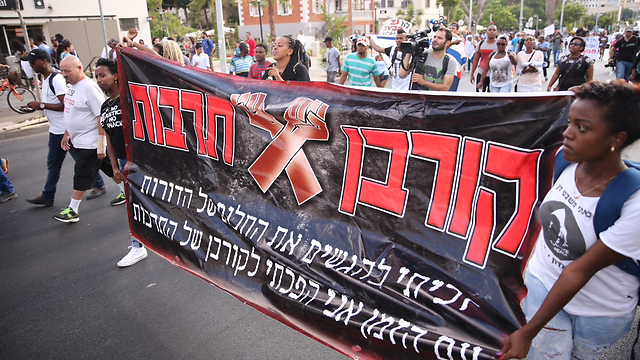 
Those voting against the proposals accused both Livni and Khenin of hypocrisy, saying that Khenin would rather see Ethiopians in Ethiopia and that Livni did nothing to change the situation during her time as justice minister.

Hundreds of Israeli Ethiopians returned to the streets of Tel Aviv on Monday afternoon to continue their protest against discrimination after the attorney-general decided not to prosecute a police officer documented beating an Ethiopian soldier.

Clashes broke out at the protest at Rabin Square and dozens were arrested. Thousands attended the first protest organized by the movement in Tel Aviv several weeks ago, when full-blown riots wounded dozens.